skip to main | skip to sidebar
Welcome to "The China Chronicles", the story of two hapless English travellers who visited China for two weeks in the summer of 1999. The travellers were myself, Dave (author of the blog "The Plastic Mancunian") and my girlfriend and partner, Lisa. Also accompanying us were fear, excitement and a spirit of adventure that, quite frankly, surprised me.

I hope you enjoy it.

Here are some photos from our trip. Most of them were taken by Lisa who is a far, far better photographer than I am. 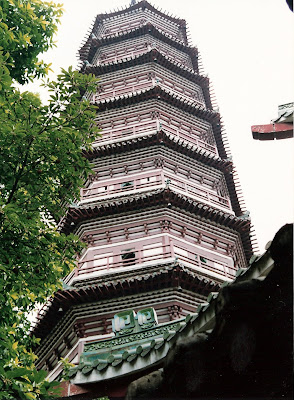 The Temple of the Six Banyan Trees, Guangzhou 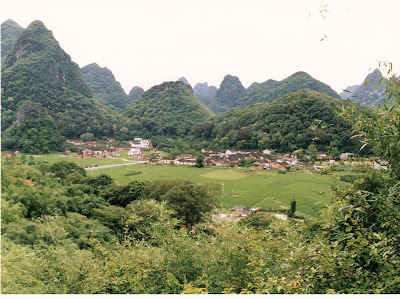 A view from Moon Hill, Yangshuo. 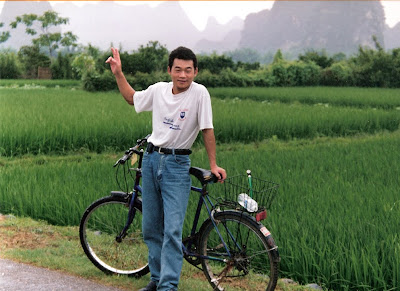 Richard, our guide to Moon Hill 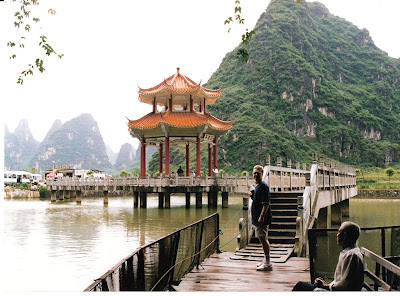 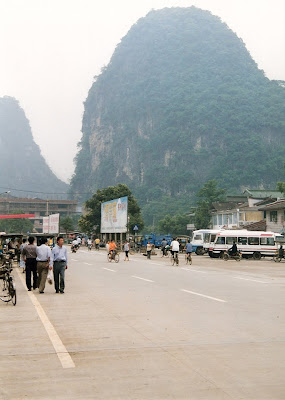 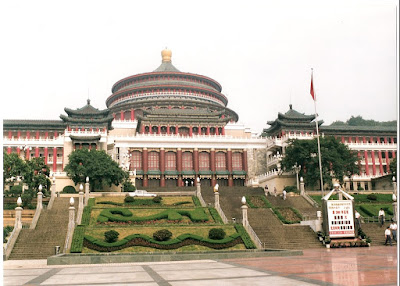 Believe it or not - this is a hotel in Chongqing. 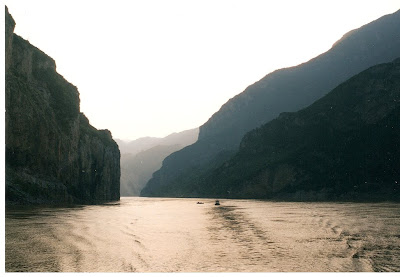 Somewhere on the Yangtze River 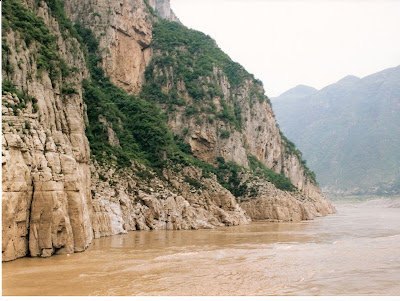 Somewhere else on the Yangtze River 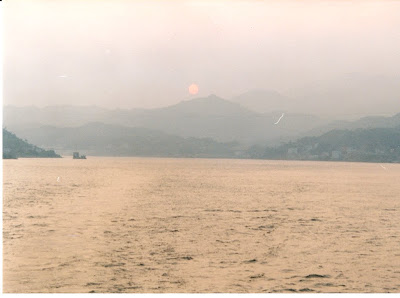 The sun setting on the Yangtze River 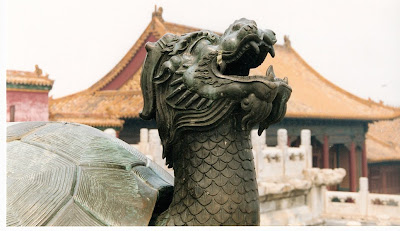 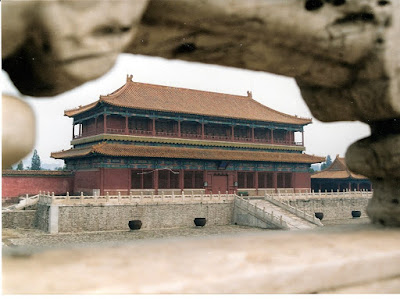 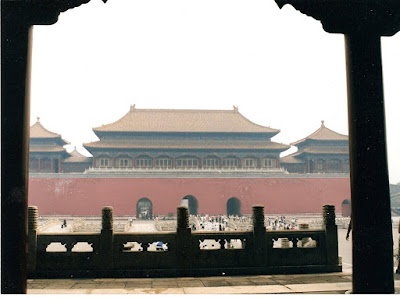 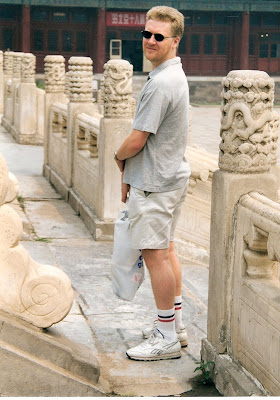 Dave, lost in the Forbidden City 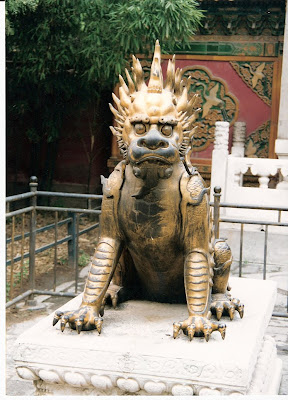 I wouldn't want to meet the creature upon which this was modelled ... 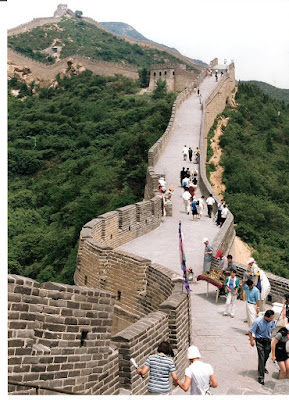 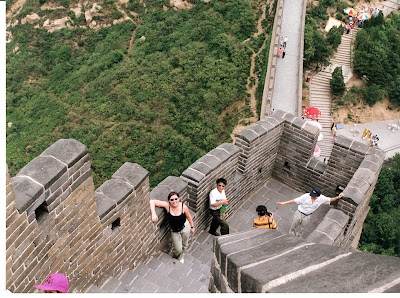 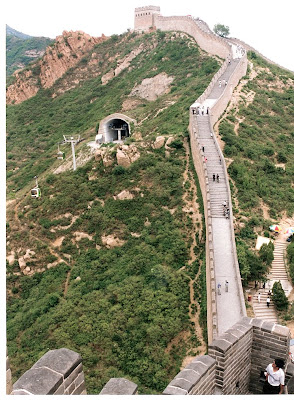 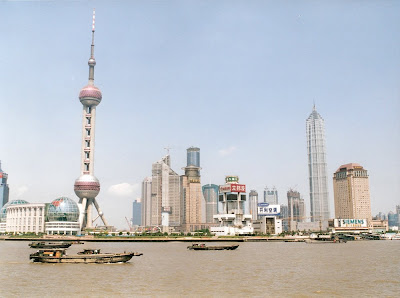 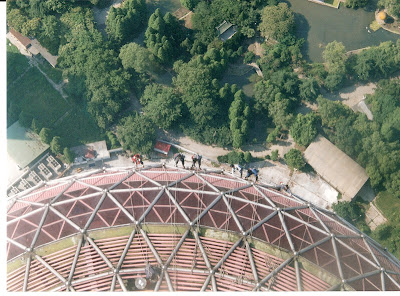 So, this is how they clean the Pearl Tower. I shudder just thinking about it. 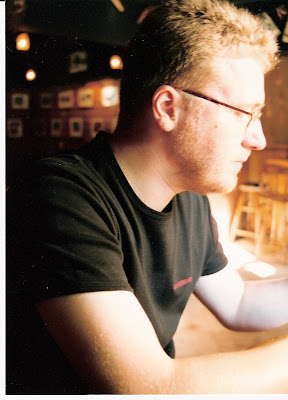 Dave, mulling over the trip in a Shanghai Bar.
Posted by Plastic Mancunian